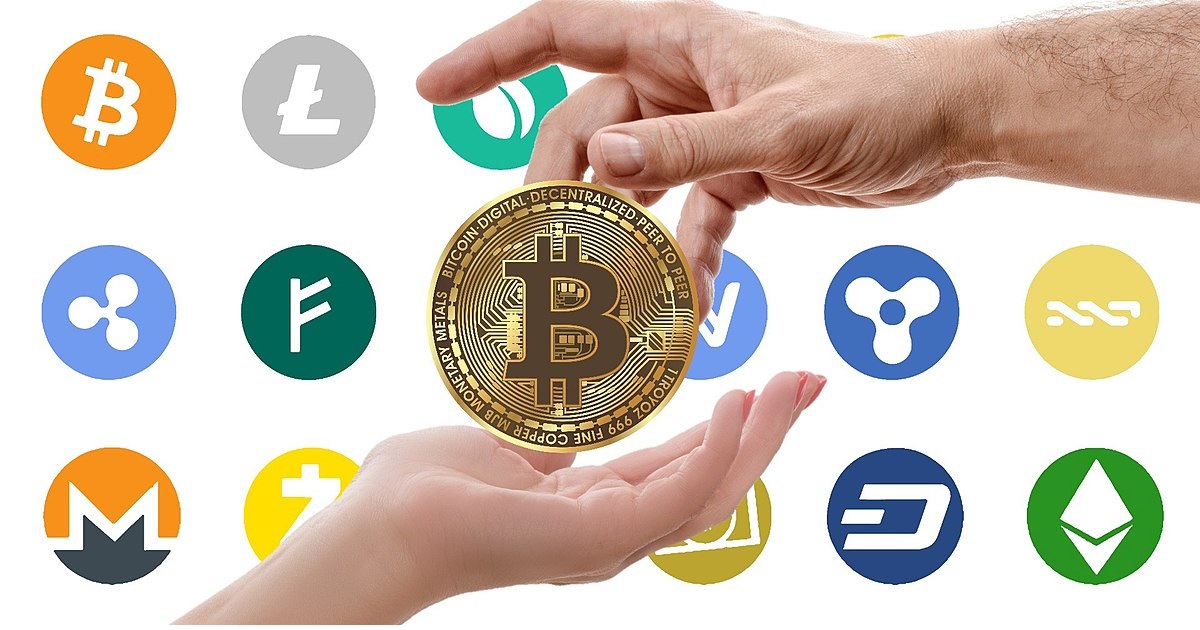 Cryptocurrencies as the name says is a currency that exists only in digital form. Unlike other currencies, these are not issued by Governments or Central banks but jointly owned by people who mine or buy them . It can be decentralized like Bitcoin (BTC), where is no controlling authority and Centralized like XRP which is pre-mined and supply is controlled by company called Ripple.

How do Cryptocurrencies work?

How do they differ from real world currencies?

Currencies like US dollar are issued by Central bank of countries. Central banks along with other financial institutions maintain bank accounts and validates transactions(Debit & Credit) to make sure a single holder cannot double spend their money. It involves central authority that creates trust and regulates these currencies. This can be compared to downloading file from web server. Without server no one can download the file.

Cryptocurrencies are on the other hand are usually decentralized and Miners validate all the transactions for a fee to make sure transactions are legit and not double spent. This can be compared to downloading file using torrents, Files are not hosted on central server instead it exists distributed across all users of that file. Even after initial server holding the file is down, file is maintained jointly by all holders.

Why do we need Cryptocurrencies?

Most of real world currencies exist mostly in digital form as digits in Bank account. When central bank issues new money into the market, it doesn’t have to print notes, Instead it can just add value to bank account virtually. There are two flaws with currencies we know, Inflation and Authority. Every time central bank issues new money, purchasing power of money goes down. This is called inflation. Other problem is Excessive regulation, If you do something which the Government doesn’t like (Say you criticize their policies) They can freeze all the money/investments you hold and can make you poor instantly.

On the other hand Supply of Cryptocurrencies are fixed and cannot go beyond. For example Bitcoin’s maximum supply is 21 Million out of which 18 Million is already mined. That’s why Bitcoin is often compared to Gold. Just like Gold, amount of new bitcoin that can be mined, drops by 50% after every 4 years using process called Halving. Due to lack of centralized Authority, Your Bitcoin holdings held in your wallet, can never be blocked/frozen by Governments, without you giving out your password(Public/Private keys).

Value of any Currency, depends on the number of people who trust in the currency and body that regulates them. Cryptocurrencies are not trusted by many people and institutions in the world.

Governments and Banks are hostile to Cryptocurrencies as they take the control away from them.

Cryptocurrencies are plagued by scams and pump/dump schemes and it is easy of unaware users to lose all their holdings by clicking on incorrect link and entering their password in phishing website.

At the time of writing this article, There are more than 5500 types of cryptocurrencies. Even though some of them solves real world problems such as remittance and security, most of the cryptocurrencies doesn’t have any intrinsic value and are not backed by any actions. Value of those cryptocurrencies exists only because of Greater Fool theory. People buy them thinking that someone else will buy from them at higher price.

Should I invests in Cryptocurrencies?

Bitcoin (BTC): Bitcoin was the first and is the most commonly traded cryptocurrency to date. It is often known as Gold of Cryptocurrencies. Just like Gold, it is for asset preservation and transacting using this will incur high fees.

Litecoin (LTC): It is forked from Bitcoin, to solve the problems in bitcoin. It is considered as Silver of Cryptocurrencies. It is much faster and has one of lowest fees to transact. Million dollars worth of Litecoin can be transacted by fee less than a dollar.

Ethereum: It is considered Cryptocurrency 2.0 , and second popular digital currency. It has proved hugely popular as a launch pad for other cryptocurrencies. Ethereum enables the deployment of smart contracts and decentralized applications (dapps) to be built and run without any downtime, fraud, control or interference from a third party.

Ripple(XRP) : This is one of Centralized cryptocurrencies. Supply is controlled by company called Ripple and They work with many established financial institutions such as Santander, American Express and Moneygram. Banks join RippleNet to process cross-border payments in real time with end-to-end tracking & certainty replacing SWIFT which decades old.

Where can I buy Cryptocurrency in Canada?

: It is platform to buy and sell Bitcoin,Ethereum, Litecoin, Steller, Ripple, Bitcoin Cash and USDT. It supporting funding via Interrac transfer and Wire transfer. In addition to trading cyrptocurrency, It is the best platform to buy cryptocurrencies in Canada and has least fees and Spread between buy/sell price. Click on above logo, Signup for account and trade $100 worth of cryptocurrencies to get $25 signup bonus.

: It is hassle free platform to buy and sell Bitcoin and Ethereum. It supporting funding via Bank transfer. Even though it doesn’t allow you to withdraw cryptocurrency to your private wallet, It is considered to be easiest way to get exposure to Bitcoin and Ethereum for beginners. Click on above logo, Signup for account and trade $100 worth of cryptocurrencies to get $10 signup bonus.

: It is platform to buy and sell Bitcoin and Ethereum. It supporting funding via Interrac transfer and Wire transfer. In addition to trading cyrptocurrency, It gives out free tiny amount bitcoin everyday when you open the app in your phone and shake the phone. Hence the name Shakepay. Click on above logo, Signup for account and trade $100 worth of cryptocurrencies to get $30 signup bonus.

: It is FINTRAC-registered platform to buy and sell Bitcoin, Ethereum, Litecoin, XRP, Stellar and Bitcoin Cash. It supporting funding via Interrac transfer, Wire and Credit Card. Click on above logo, Signup for account and trade $100 worth of cryptocurrencies to get $25 signup bonus.

: CoinField is the real cryptocurrency exchange. They support number of cryptocurrencies that can be traded against fiat currencies including EUR, USD, CAD, GBP, JPY & AED. They operate in 193 countries. Supports Interrac Transfer, EFT, Wire and Credit card. Click on above logo, Signup for account and trade $100 worth of cryptocurrencies to get $25 signup bonus.

: Binance is one of world leading cryptocurrency exchange and it is usually used to trade from one cryptocurrency to another. It list many more currencies that are usually not listed in local exchanges.

This post may contain affiliate links. Please read our disclosure for more info